To build sustainability into every aspect of our work, we are committed to:

Women’s Empowerment Principles platform is one of the most prominent global initiatives of the private sector, aiming for the empowerment of women in order to enable them to have a place within the economic life, in all sectors and all levels.

The WEPs platform, was established in 2010, under the partnership of UN Global Compact and UN Women. 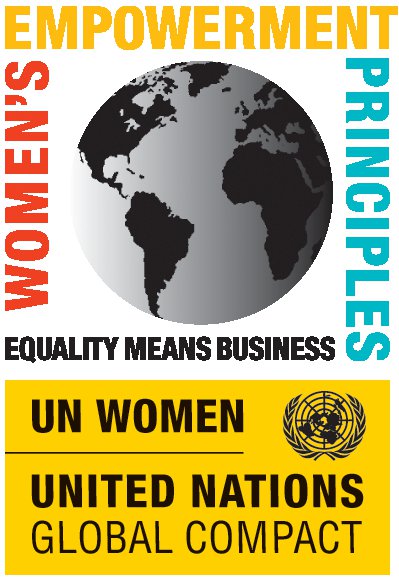 Measure and publicly report on progress to achieve gender equality DP World Yarımca , having made a public commitment to these 7 principles since March  2018, aims to increase environmental and social corporate policies that will advance social gender equality. 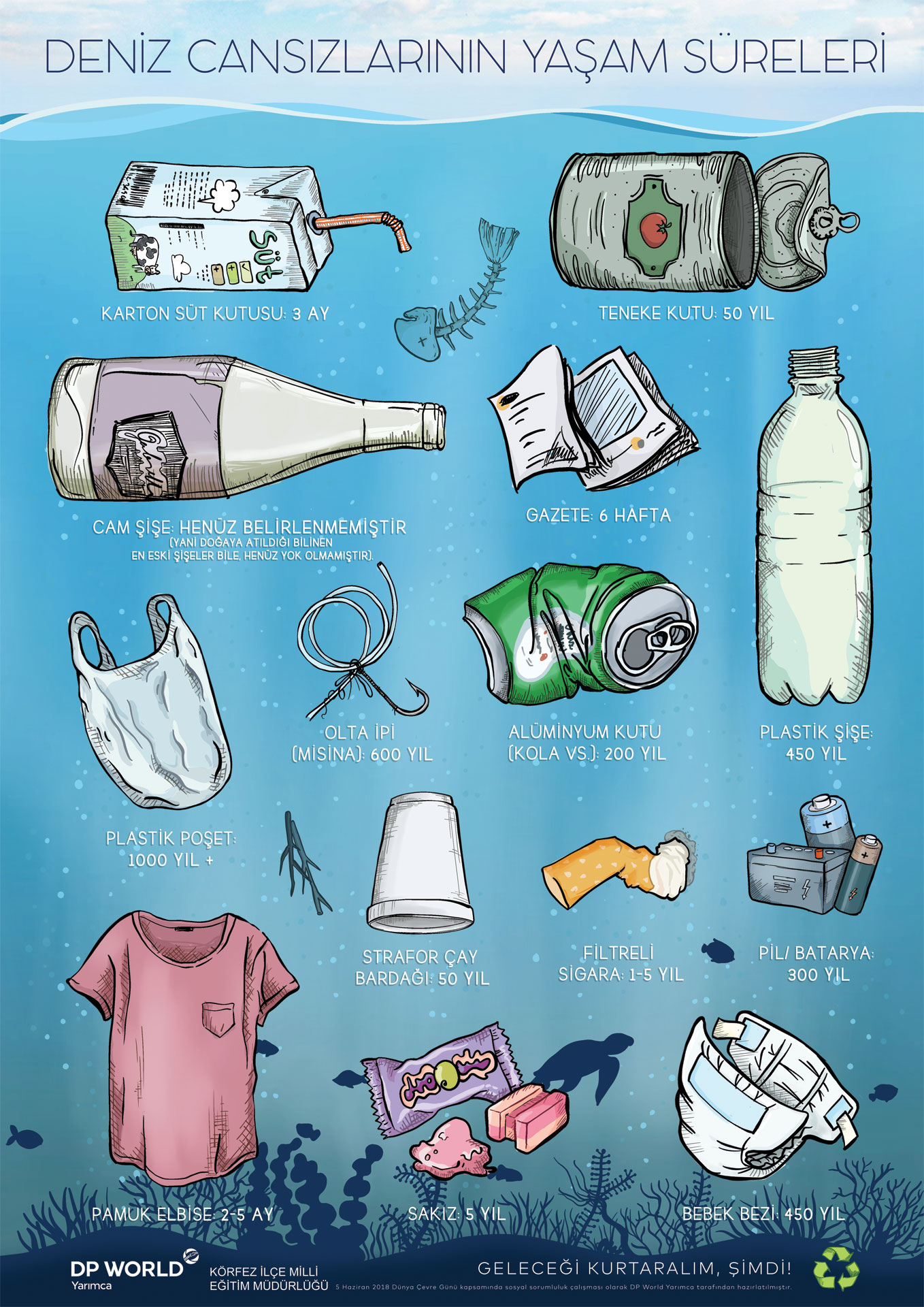 In observation of the World Environment Day, DP World will also provide special posters to primary schools in the Körfez district on June 5 to increase environment awareness among students. Titled “Lifespan of non-living marine elements”, the posters illustrate decomposition times of marine-polluting materials such as plastic bags and bottles, cigarette butts and tin cans.

The 5th biggest container port operator in the world, DP World is currently operating 78 terminals in more than 40 countries. The group, which established the DP World Yarımca port in 2015 with an investment of 550 million US dollars, is known for its use of state-of-the-art technology and its care for the environment.

DP World Yarımca disposed of 251 tons of waste from the vessels calling at the port in 2017, without any environmental impacts. Carefully separating wastes for recycling purposes, the port delivered 5,780 kg, 11,600 kg and 4,880 kg recyclable waste to the municipality in 2016, 2017 and the first three months of 2018, respectively.

In 2015 DP World signed the “Go Green” campaign, the first and only environmental initiative in the industry, with other global port operators in an effort to promote environmental awareness and achieve sustainable change in society.

Various projects and events were held focusing on the campaign’s three main themes: recycling, reuse, and climate change and communities in industry giants’ working environments. Local affiliates of partnering port operators organized activities based on these themes to raise global awareness on environmental issues. Work is also underway to create and arrange green spaces, launch training programs, take measures in relation to waste recycling and foster interaction with society as part of the campaign.

DP World Yarımca cooperated with the Körfez Municipality and a number of NGO’s as part of the Go Green campaign and worked together with schools and volunteers to collect nearly 800 kilograms of waste from the shore and the sea in Yarımca. Trainings are also organized in nearby schools to increase environmental awareness. The port is equipped with the most eco-friendly lighting equipment, providing an annual energy saving of 59 percent. All the waste materials produced during operations are sent to recycling, thanks to which 40 percent of our total waste in the last 10-month period alone have been recycled into the economy. Furthermore, the use of 18 electrified Rubber-Tired Gantry Cranes (E-RTG) in our operations avoids a carbon emission of 770 m3 per year. Our 6 electrified Super Post Panamax gantry cranes also play an important role in preventing carbon emission.

DP World enterprises initiated a worldwide global education program. The aim is to train 34000 children between the age group of 8 to 14 in local school with voluntary employees until 2020. 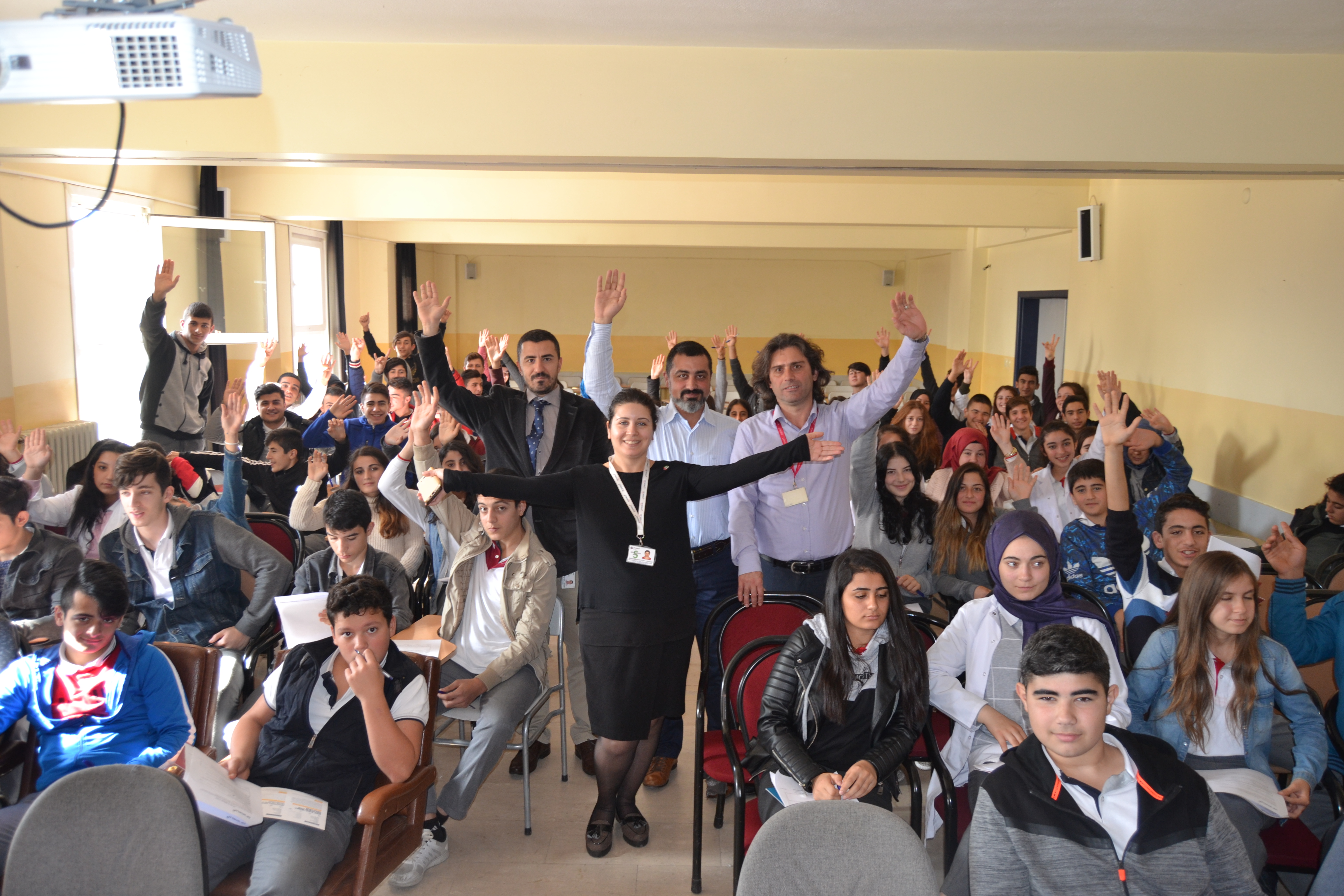 The training to be provided under the consultancy of teachers and voluntary employees via a private agency comprises of the ports, business and logistics, which are not well-known in global economy, thus being mostly neglected. Having a modular design, the courses involve the consultancy and grades, course plans, student activities and study exercises. Started in 2016, the program is extended to the DP World Network in six continents, after BAE, India, Pakistan, Senegal, England, Argentina and Philippines that were determined as pilot countries.

DP World Yarımca visited the logistics department of the vocational high schools in and around İzmit within the scope of the Global Education program, thus providing maritime training to 10th and 11th grade students. They are introduced to the terminal sector via DP World model during this training, and the youngsters came together with the employees in container terminal sector. Projected to be maintained in 2018, we reached to 200 students with this project, as started on the last quarter of 2017, with the support of voluntary instructors within the education program.

DP World Yarımca, Mind Your Waste Foundation and Körfez Provincial Directorate of National Education signed a protocol launching a new awareness project titled “I Mind My Waste” to be carried out at local primary schools.

Kocaeli, Korfez – DP World Yarımca has launched the “I Mind My Waste” project at the primary schools in Yarımca in collaboration with the Körfez Provincial Directorate of National Education and the Mind Your Waste Foundation. As part of the protocol signed by the project’s three stakeholders, awareness-raising activities will be held in 24 primary schools in the district in an effort to reduce the use of disposable plastics and encourage recycling.

As part of the project, teachers will implement a program developed by experts from Kocaeli Universty's Departmant of Education to imbue 3rd graders with an enviromental awareness. Futhermore, DP World Yarımca's volunteers will contribute to the project by playing the "Zero Your Waste" agme with children. A Board game created by educational experts, Zero Your Waste aims to raise environmental awareness among young students.

The initial phase of the project will directly reach out to 1,500 students in the Körfez district, meaning that, with their families included, some 6,000 people will have been trained about wastes. To this end, 78 teachers and 70 DP World Yarımca employees will directly work together with school principals while 500 company employees will be contributing to the project through indirect ways.

As part of the educational activities, which started in April, teachers talk about the project during lessons while DP World Yarımca volunteers visit schools to play the Zero Your Waste game with students. A total of 2,000 hours of training in 24 schools is planned to be completed by the end of April. Based on the assessment to be made and the feedback received, it will be expanded to cover the entire Kocaeli province and subsequently, nationwide.

“I Mind My Waste”

Adopted by the Ministry of Environment and Urbanization, the Zero Waste system is a waste management philosophy designed to prevent wastage, encourage more efficient use of resources, reduce waste production, sort waste at its source and recycle.

Waste disposal without recycling leads to a serious loss of resources. As the world population and living standards increase, so does consumption. However, this puts a bigger burden on our natural resources, which are limited, making them insufficient to meet increasing needs.

The training program, which has been developed by DP World Yarımca, the Mind Your Waste Foundation and the Körfez Provincial Directorate of National Education in cooperation with the Kocaeli University, describes the principles mentioned above “Minding One’s Waste”. The program aims to induce change in children’s approach with regard to reduction, correct disposal and recycling of waste.